To share your memory on the wall of Robert Clark, sign in using one of the following options:

Provide comfort for the family of Robert Clark with a meaningful gesture of sympathy.

Robert was a graduate of Jefferson High School, class of 1972. Robert was retired from a profession that he dearly loved, being a butcher. He was employed by Mick-or Mack until they dissolved, worked at Winn-Dixie till they left Roanoke and finished his career with Kroger. Boy, could he grill a steak!

Robert was a man who loved the Lord and being in His Word daily and was a faithful prayer warrior. Robert currently served as a deacon at East End Baptist Church and loved his church family. He loved serving as an usher and serving alongside his buddy Levi Suhr (age 12) as they shared their love of serving and of Mustangs.

He is preceded in death by his father, Willard Pitzer Clark. He is survived by his loving wife of 34 years, Milly Clark who enjoyed many great adventures in life of which the most recent was a life-long dream of attending the Daytona 500. He is also survived by 2 precious daughters, Kim Clark Saville and husband Tater of Eagle Rock, Va. and Tiffany Nicole Clark, Salem, Va. and fiancé Nicholas Luci of Roanoke, Va. He has 2 dear grandchildren, Makenna Dawn and Holden Gray. He is also survived by his mother, Mary Jewell Clark, sister Susan and Larry Meador, Mother-in-law Sarah Eller, Father/Mother in law, Harry Wayne and Juanita Dixon, sister-in-law, Donna and Ken King, brother-in-law, Mark Dixon; sister-in-law, Marty Eller; and aunt, Betty Moorman Sweat. He is also survived by numerous nieces and nephews, AmberLee Dixon, Erin Beard (son Declan), Zach Beard, Lucas King, Grace King, Holly Henley (son Trenton), Luke Henley (son Christopher). 2 special step-daughters, Christy and Hope Watts. He is also survived by his granddog and special napping buddy, Ezio Clark; his only favorite cat, Primrose Clark and preceded in death by our sweet Buttercup.

Robert also leaves behind a loving Mustang family in the Roanoke Valley Mustang Club where he actively participated in the Annual car show, traveling to various car shows, cruising to scenic destinations (always involving eating) and enjoying the love of the Mustang of which he was an owner of a 1994 Red V8 GT.
Robert was also part of the “circle gang” of the Ellers, Keens, Foutzes and Warrens. He loved spending time with his friends in camping adventures, going to eat, enjoying a baseball game or just hanging out in the circle enjoying each other’s company.

Flowers will be accepted, or donations can be made to a memorial fund at East End Baptist that will be used to further the work of telling others about Jesus.

We encourage you to share your most beloved memories of Robert here, so that the family and other loved ones can always see it. You can upload cherished photographs, or share your favorite stories, and can even comment on those shared by others.

Randy and Jackie Dunagan, Betty & Mike Johnson, and others have sent flowers to the family of Robert Wayne Clark.
Show you care by sending flowers

Posted Jun 14, 2019 at 07:43pm
Sending prayers for strength and comfort as you grieve. May God keep you all in His arms to carry you through. Keeping you close to heart & prayer. Deena & Rick Edwards (Ashley Trainque's parents)
Comment Share
Share via:
CW

Posted Jun 14, 2019 at 04:30pm
Milly and family, you are in our thoughts and prayers. May all the great memories you have of Robert, your faith, and prayers bring you peace at this time - The Wallaesa Family.
Comment Share
Share via:
RD

Posted Jun 10, 2019 at 12:45am
Robert was a wonderful man and a good friend. The time we shared as deacons at Calvary was life changing for me and he was a strong influence in my life. I will miss him. Milly and Tiffany, I am so sorry for your loss. May the Lord comfort you in your grief.
Comment Share
Share via:
SM

Posted Jun 08, 2019 at 10:39am
My brother and I lost our Dad at an early age, I was 8 and Robert was 9. Mom picked up and took good care of us, but there where times when Mom was at work or Robert and I were at school(only 14 months between us) and someone would pick on me and Robert would take up for me like a great big brother would do. When I got married my brother walked me down the isle and that was special to me, there has been a lot of times over the years that I was glad to have a big brother to talk to and I will miss him, my Mom loves her son very much (I always picked on both of them, that "Robert was her favorite"), she will miss him and his daily phone calls, just to say "Hey Mom, you okay today" or to let her know how he was feeling, but she has the peace of knowing that the calls will not be coming because Robert is healed and with his Lord, finally no more pain, no more tears, rest in peace my dear sweet brother. Hugs, Susie (and Mom)
Comment Share
Share via: 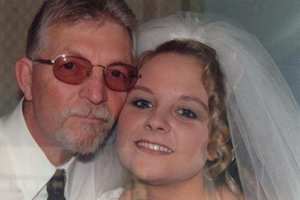 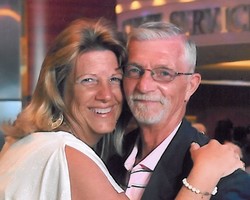 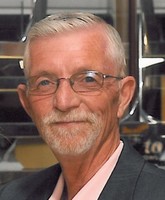