To share your memory on the wall of Philip Janis, sign in using one of the following options:

Print
On August 3, 2019, Phil left this earth and walked into the loving arms of the cherished ones who left before him.

His mother and father, Domna and George, are smothering him with hugs and kisses. His brother, Jim, is giving him a pas... Read More
On August 3, 2019, Phil left this earth and walked into the loving arms of the cherished ones who left before him.

His mother and father, Domna and George, are smothering him with hugs and kisses. His brother, Jim, is giving him a passionate update on the current Notre Dame football recruiting season. When the cocktail hour approaches, Aunt Bunny will be insisting that he join her for a "drinky-poo" on the deck. Uncle George is offering him a smoke and an opinion on something. Aunt Kitty is doting on him and Aunt Mary is giving him a lesson on the origins of the word "eavesdrop". Phil is teasing his mother-in-law, Elinor, who is laughing at his jokes and giving it right back. His cousins Lainie and Michael, his uncles Charles, Daniel, Spiro, and Paul, and his Aunt Kay are welcoming him in their caring arms.

Born and raised in Annapolis, Maryland, Phil loved the Chesapeake Bay, hard crabs, and cruising the rivers off of the bay. He loved music and art, Formula 1 racing, football season, classic movies, and the never-ending quest for the ultimate sound in stereo equipment.

Above all else, he deeply loved his large extended family. Phil leaves behind on this earth, in body but not in spirit, his sister Catherine, seven nieces and nephews, more than a dozen first cousins, his second cousin Dr. Steven Abramedis, and many much-loved in-laws and out-laws.

Phil married the love of his life and soul mate, Patricia Graham, on May 8, 1990 in St. Thomas, USVI. Their life together didn't travel in a straight line but rather took them from Maryland to Florida to North Carolina then back to Maryland and finally to Virginia where Pat's family lives. Along the way they had many adventures, drank more than a few bottles of Dom Perignon, loved their families, and made lifelong friends.
Phil loved deeply, lived life deliberately, and touched the heart of everyone that knew him (and even a few that didn't know him.) His generous heart, courage, sense of humor, and laughter will be forever missed.

“Two roads diverged in a wood, and we took the one less traveled by, and that has made all the difference…” ( from The Road Not Taken by Robert Frost)

A service is being planned for a burial at sea. Family and friends will be notified when the arrangements are finalized.
Read Less

Receive notifications about information and event scheduling for Philip

We encourage you to share your most beloved memories of Philip here, so that the family and other loved ones can always see it. You can upload cherished photographs, or share your favorite stories, and can even comment on those shared by others.

Posted Aug 05, 2019 at 06:07pm
I want to thank the incredible nurses at Lewis-Gale Medical Center in Salem, Virginia and at Gentle Shephard Hospice for their support, compassion, patience, and professionalism during Phil's illness. They will be forever in my heart and have my deepest gratitude in helping us navigate this challenging and painful time. Nurses rock....
--Pat 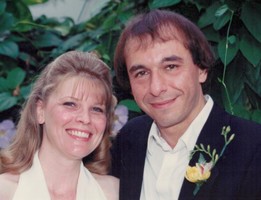 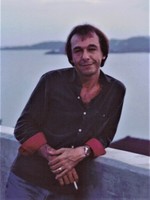 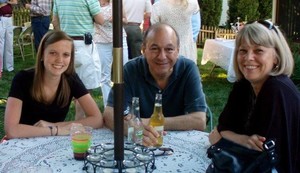