To share your memory on the wall of Lt. Col. Ben Bowles,, sign in using one of the following options:

Provide comfort for the family by sending flowers or planting a tree in memory of Lt. Col. Ben Bowles,

Provide comfort for the family of Lt. Col. Ben Bowles, with a meaningful gesture of sympathy.

Ben was born in Richmond, and raised near Roanoke and in Detroit, MI. The family relocated to Salem, VA where he learned to fly his father’s Piper Super Cruiser at Roanoke Airport before he graduated from Andrew Lewis High School in 1950. He attended Roanoke College but left school to enlist in the U.S. Air Force during the Korean crisis. As one of the first five pilots to fly the SR-71 Blackbird, he worked directly with the aircraft designer, Kelly Johnson, to develop numerous innovations associated with high altitude/high mach flight. Ben flew highly classified reconnaissance missions and was the first pilot to log over 900 hours flying the SR-71. Among other medals, he was awarded the Air Medal and two Distinguished Flying Crosses.

Ben retired from the Air Force in 1972 at the rank of Lt. Colonel then worked for 15 years as the Chief Corporate Pilot at Dayton Hudson/Target Corporation in Minneapolis, Minnesota. He relocated to Oviedo, Florida where he enjoyed riding his motorcycle, photography, and drawing. Ben loved cruises, traveling in his motorhome, and spending time with his cats.

The Bowles family would like to especially thank Dr. Rodney J. Poffenberger, Ben’s longtime Florida caregiver, Nadezda Vabishchevich, and all of his other caring, compassionate doctors, nurses, and caregivers.
Funeral services will be held at Arlington National Cemetery later this year. An online guestbook is available for family and friends by visiting www.johnmoakey.com.
Read Less

We encourage you to share your most beloved memories of Lt. Col. Ben here, so that the family and other loved ones can always see it. You can upload cherished photographs, or share your favorite stories, and can even comment on those shared by others.

Posted Jan 12, 2020 at 03:00pm
I had the honor of being chosen to be part of the SR71 program and assigned to PSD 1969 to 1974 and stationed at Beale AFB as well as the TDY tours to Kadena.
One of the first crews I dressed in the pressure suit (space suit) was the crew of Bowles & Fagg. I remember seeing Col Bowles for the first time and if anyone would make a perfect poster boy for the Air Force was Col Bowles. He had that leading actor look.
We care for all the crews however we did have our favorites and this crew was one of them.
I am honored to have met both Bowles and Fagg, and I know they are both up with the Good Lord flying higher than ever.
God Bless you
Oscar Marquez Sgt PSD 1969-1974 Habu for life
Comment Share
Share via:
L

Posted Jun 11, 2019 at 02:45pm
To Liz and your family I cannot fully express the sorrow I feel for you at this time. I am thinking about you always and am just a call away. I met your Dad only once and he left an impression of a kind and gentle man who also was very intelligent. I know that no matter where you are, he will always be watching over you. You are all in our thoughts and prayers.
Love your friends, Lisa and Dennis Dessureau
Comment Share
Share via:
SW

Posted Jun 11, 2019 at 01:13am
To Ben's family, we would like to give our condolences to you and let you know we have you in our thoughts at this sad time. From Bucky and Sherry Wampler, and all the guys at Hammered Hardware.
Comment Share
Share via:
RF

Posted Jun 10, 2019 at 01:55pm
I met Mr Bowles for the first time several months ago atop of Mill Mountain at the Star. He was with his daughter Elizabeth and others. We started talking I was also in Aviation flying and directing airports around the country. It was an honor to meet one of the first pilots of the SR71 Blackbird. I taught Aviation History and now I was fortunate enough to meet a fine gentleman that is apart of history of Aviation. I send my prayers to the family.
Comment Share
Share via:
RF 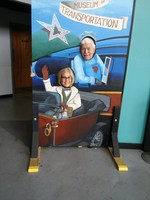 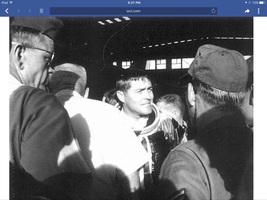