To share your memory on the wall of Lt. Col. Arnold Moon, sign in using one of the following options:

Provide comfort for the family by sending flowers or planting a tree in memory of Lt. Col. Arnold Moon

Provide comfort for the family by sending flowers or planting a tree in memory of Lt. Col. Arnold Moon

In lieu of flowers, memorials may be made to Doctors Without Borders, Gentle Shephard Hospice Charities 6045 Peters Creek Road, Roanoke Virginia 24019, or the charity of your choice.

The family is being served by John M. Oakey & Son Funeral Home in Salem, Va., where online condolences may be sent to the family at www.johnmoakey.com.
Read Less

We encourage you to share your most beloved memories of Lt. Col. Arnold here, so that the family and other loved ones can always see it. You can upload cherished photographs, or share your favorite stories, and can even comment on those shared by others.

Posted Jan 11, 2020 at 09:23pm
I'm so very sad to learn of the passing of my "big brother" - he was married to my sister Vivian when I was only 3 years old. Needless to say, he was an incredibly influential presence in my early life. Vivian passed away when I was 23 years old but Arnold kept my family close to his heart - attending my wedding, never failing to send a Christmas card with a heartfelt note, occasionally visiting my family in New Orleans, and most recently (and sadly) attending my brother John's funeral in South Carolina. I will always treasure my memories with Arnold - so proud to be with him on military bases when he would be saluted as we passed by - his good humor, humility, taking the time to write letters to me when he was stationed overseas. God rest his wonderful soul.
Comment Share
Share via: 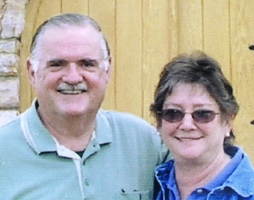