To share your memory on the wall of Harold Hughes, sign in using one of the following options:

Provide comfort for the family of Harold Hughes with a meaningful gesture of sympathy.

Print
Harold Lester Hughes, 70, of Salem, Va., went to be with his Lord on Thursday, June 13, 2019, surrounded by his loving family at Salem Health & Rehabilitation Center.

At the age of seventeen months, he was diagnosed with Polio, crippling... Read More
Harold Lester Hughes, 70, of Salem, Va., went to be with his Lord on Thursday, June 13, 2019, surrounded by his loving family at Salem Health & Rehabilitation Center.

At the age of seventeen months, he was diagnosed with Polio, crippling his legs, which prevented him from having the ability to walk. Harold always had the drive and sincere passion for serving his Lord and Savior. Over the years he has worked for many churches as a minister of music, as well as teaching and preaching the gospel. The First Baptist Church of Newcastle was the last associate pastoral role that he held. He loved his congregation and served them wholeheartedly with a sincere love for each member. Throughout his career, he also taught in private Christian schools, as well as the Roanoke County School system as a substitute teacher. The family thanks God for the rich life Harold had here on this earth, and for a deeply loving family and supportive community who encouraged him along his journey.

Harold is preceded in death by his father, Alva Hughes; and a brother, Jerry Hughes.

We encourage you to share your most beloved memories of Harold here, so that the family and other loved ones can always see it. You can upload cherished photographs, or share your favorite stories, and can even comment on those shared by others.

Eric, Jodi, Jessica & Jonathan, - Banner, Jr, Holly, Nik and the Moon Rabbit Team, and others have sent flowers to the family of Harold Lester Hughes.
Show you care by sending flowers

Posted Jun 22, 2019 at 07:54pm
I met Mary’s dad when Mary and I were in elementary school together, and I would spend the night at their house. He always called me Tweety Bird and had the kindest spirit. Even all these years later, I think about him when I drive by his church and randomly remember how sweet he was. He’s one of those people that leave a mark on your memory.
I know Jesus has finally welcomed him home with a “well done, my good and faithful servant.”
Comment Share
Share via:
TS

Posted Jun 19, 2019 at 04:30pm
Becky and Family: Gary and Mary Jayne Hall told me today of your and their loss upon the death of Harold. The Halls had many wonderful things to share about Harold - I am so sorry for your loss.

We'll keep you in our thoughts and prayers here in Pulaski. God hold you in the palm of his hand.

Posted Jun 17, 2019 at 09:24am
Wishing you peace to bring comfort, courage to face the days ahead and loving memories to forever hold in your hearts. 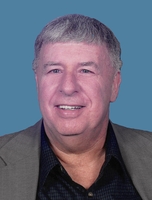