To share your memory on the wall of Erik Johnson, sign in using one of the following options:

Provide comfort for the family of Erik Johnson with a meaningful gesture of sympathy.

Receive notifications about information and event scheduling for Erik

We encourage you to share your most beloved memories of Erik here, so that the family and other loved ones can always see it. You can upload cherished photographs, or share your favorite stories, and can even comment on those shared by others.

Posted Nov 23, 2019 at 01:19pm
Sgt Johnson, you will be deeply missed! Thank you so much for being a wonderful boss when I was in the Property Room, and helping me when I felt like giving up on EVERYTHING! Thank you for understanding how hard I found life to live even when you were fighting so hard to hold on to yours! I could only wish to be half as good of a person as you were! Thank you for being such a kind and compassionate human being. We need more like you in this world!

Posted Nov 22, 2019 at 04:15pm
JJ - don't know if you remember me but i used to sit across from you at Miss Utility way back when and I always called you JJ. I am so sorry for your loss. I know how you feel. I lost my husband suddenly almost 10 years ago to a brain aneursym (sure I didn't spell that correctly) and my Dad to a brain tumor after a 14 month illness so i really feel your pain. i always enjoyed having you around and i watched the video and seemed your husband was a great fellow and a great asset to his country. You are in my prayers and may God watch over you in this time of sadness. Keep the good memories.

Posted Nov 21, 2019 at 12:47pm
I will miss you Sir! We had lots of fun on midnight shift chasing the bad guys. Your genuine care for others was amazing! You reaches out to me in my time of need and lifted me up and you never even knew it! Thank you for your service to our country, our community and to the people you served with!
Comment Share
Share via:

Posted Nov 21, 2019 at 12:01pm
My sincerest condolences to Jennifer, Emily and the rest of Erik's family. He was such a Warrior and a good friend. I had been waiting to hear from him and was looking forward to seeing him again for his tentatively planned visit to my area. It breaks my heart that I was not able to say my proper goodbyes to a brother. It also breaks my heart that I may not be able to make it to his Celebration of Life due to a prior commitment and geography. Rest assure that I will be there in spirit,
Eternal Rest Grant unto Erik, my Lord. And may Perpetual Light shine upon Him. May He Rest in Peace.
Comment Share
Share via: 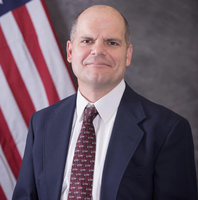