To share your memory on the wall of Douglas Jenkins, sign in using one of the following options:

Provide comfort for the family of Douglas Jenkins with a meaningful gesture of sympathy.

We encourage you to share your most beloved memories of Douglas here, so that the family and other loved ones can always see it. You can upload cherished photographs, or share your favorite stories, and can even comment on those shared by others.

Chris & Sandy Marlman and Beverly Jenkins have sent flowers to the family of Douglas Michael Jenkins.
Show you care by sending flowers

Posted Aug 24, 2019 at 11:56am
Deb and Jaedyn, we are so very sorry for your loss. Our hearts break for you...sending so much love, comfort and prayers for the days and years to come. ❤

Posted Aug 23, 2019 at 10:38pm
Doug,
You will be missed by far more people than you could imagine, more often than any of us could imagine.
Thanks for going first so many times. I’ll suck it up and start being a bit braver now.
Love you.
Toni
Comment Share
Share via: 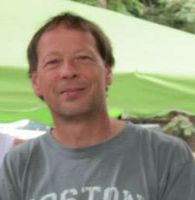