To share your memory on the wall of C. Freeman Sleeper, sign in using one of the following options:

Provide comfort for the family by sending flowers or planting a tree in memory of C. Freeman Sleeper

Provide comfort for the family of C. Freeman Sleeper with a meaningful gesture of sympathy.

Print
Dr. C. Freeman Sleeper, 86, of Roanoke, Va., passed away peacefully on September 28, 2019, after a long battle with Alzheimer’s.

Freeman was valedictorian of his high school, Hamden Hall School, and earned his B.A. in Philosophy, cum laude, from Colby College in 1954. He went on to earn a B. D. in Religion, magna cum laude, from Yale Divinity School in 1958, and a Ph.D. in Religion from Vanderbilt University in 1963. He established his career as an educator at Trinity College in Hartford, Conn. in 1961. After taking a year’s sabbatical to teach at the Chicago Theological Seminary, he returned to Trinity College in 1969 as Associate Dean for Academic Affairs and Associate Professor. In 1970, he entered employment at LaGuardia Community College in Queens, N.Y., where, as Dean of Faculty, Dean of Academic Affairs, and Professor of Language and Culture and Social Sciences, he helped design the curriculum and hire the faculty in the newly founded College. In 1976, he moved with his family to Salem, Va., serving as Vice-President and Dean of the College and as Professor of Religion at Roanoke College. In 1984, he stepped down as Dean so that he could focus on what he loved most: teaching courses in Biblical studies, ethics, and the sociology of religion. He retired from Roanoke College in 1995. Freeman was also appointed research fellow at Union Theological Seminary, was an ordained pastor with the Presbyterian Church, and authored four books and numerous academic articles and editorials.

The family will receive friends at the visitation from 6:30 to 8 p.m. on Friday, October 4, 2019, at the John M. Oakey & Son Funeral Home located at 305 Roanoke Boulevard in Salem, Va. A memorial service will be held at 1 p.m. on Saturday, October 5, 2019, at Salem Presbyterian Church located at 41 E. Main Street in Salem, Va., with reception to follow.

The family would like to express their sincere gratitude to the many caregivers from Brookdale Roanoke, Home Instead Senior Care, and Good Samaritan Hospice, who have cared for Freeman.

In lieu of flowers, the family suggests memorial contributions be made to Roanoke College or Good Samaritan Hospice. Online condolences may be expressed at www.johnmoakey.com.
Read Less

Receive notifications about information and event scheduling for C. Freeman

We encourage you to share your most beloved memories of C. Freeman here, so that the family and other loved ones can always see it. You can upload cherished photographs, or share your favorite stories, and can even comment on those shared by others.

Posted Oct 03, 2019 at 05:42pm
Dearest Mamie and family,
I am so very sorry to learn of Freeman's passing. The pictures posted are beautiful and certainly show a life well lived. Unfortunately, I can not be with you, but you, Dale, and the rest of your family will be in my thoughts. Wishing each of you the blessings of peace and healing in the days to come.
With Heartfelt Sympathy,
Kathy Hiler
Comment Share
Share via:
TL

Posted Oct 03, 2019 at 04:52pm
Dear Mamie and family,
I am so saddened to hear of Freeman's passing. I did not realize he suffered from Alzheimer's since I have not seen you in a while. I sure miss you. My family and I are praying for God's comfort, strength and love today and in the days to come.
With love, hugs and prayers,

Posted Oct 02, 2019 at 10:45am
Dearest Mamie, Cheree', Dale & James,
Allen and I are saddened to learn of Freeman's passing. We will keep you all in our thoughts and lift you up in prayer.
With Love,
Diane & Allen Grigg
Comment Share
Share via:
DE

Posted Oct 01, 2019 at 02:20pm
I am grieved to learn of Freeman’s passing. My thoughts and sympathy are with his family at this time. His contribution, and those of his spouse Mamie, to Roanoke College will endure in the development of the faculty and staff he led and in the minds of the students he taught. His was a life well lived and we are the better for it.
Comment Share
Share via: 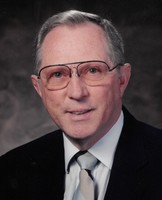 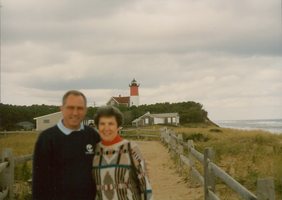 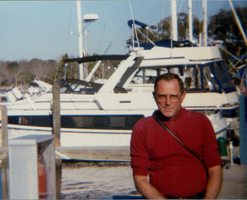 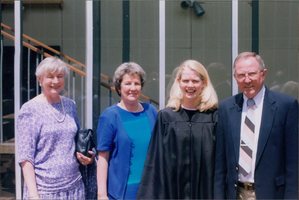